Osteoporosis is a diffuse disease of the skeleton linked to a reduction in bone density and quality. Such bone fragility leads to an increased risk of fractures. Osteoporosis is more common in women. In Switzerland, it is estimated that after age 50, one out of two women and one out of five men will have an osteoporotic fracture.

With age, you see bone loss. This is accelerated in women during the menopause due to hormone deficiency.
Below a certain threshold of bone loss, this is called osteoporosis.
This bone loss is caused by an imbalance where resorption (bone destruction) predominates over bone formation.

Osteoporosis is a silent, painless disease. It is only when the person suffers a fracture that pain may be felt.
These fractures:

Osteoporosis is diagnosed based on the results of a bone density scan, also known as DeXA (Dual-energy X-ray Absorptiometry). This measures bone density. This imaging technique uses very small quantities of X-rays, much lower than the amount used for spinal and hip X-rays.

Bone density (which is expressed in g/cm2) measures the calcium content of your skeleton. Your bone density is compared to the bone density of a healthy population without osteoporosis, with the difference expressed as a T-score.
The World Health Organization (WHO) defines osteoporosis as a T score ≤ -2.5.

The lower the T-score, the higher the risk of fracture. In other words, the less dense a bone is, the more fragile it is, which means it is at greater risk of a fracture.

The examination will take place in the Nuclear Medicine department located on the lower ground floor of building B2 of Hôpital de La Tour. It will take about 45 minutes.
Once you have arrived at the secretarial office, a radiographer from the department will take charge of your care and explain the examination process. They will ask you to fill in a questionnaire that will help the nuclear medicine physician interpret your examination.
It will take 20–30 minutes to obtain the images (spine, hips, and/or wrist). Once we have ensured that they are of sufficient quality, you will be able to leave the department and resume your normal activities. The result will be sent directly to the referring physician and/or your primary doctor.

In the following circumstances and when prescribed by your doctor, the examination is covered and reimbursed by your insurance:

Some simple measures can prevent osteoporosis and fracture-related complications: 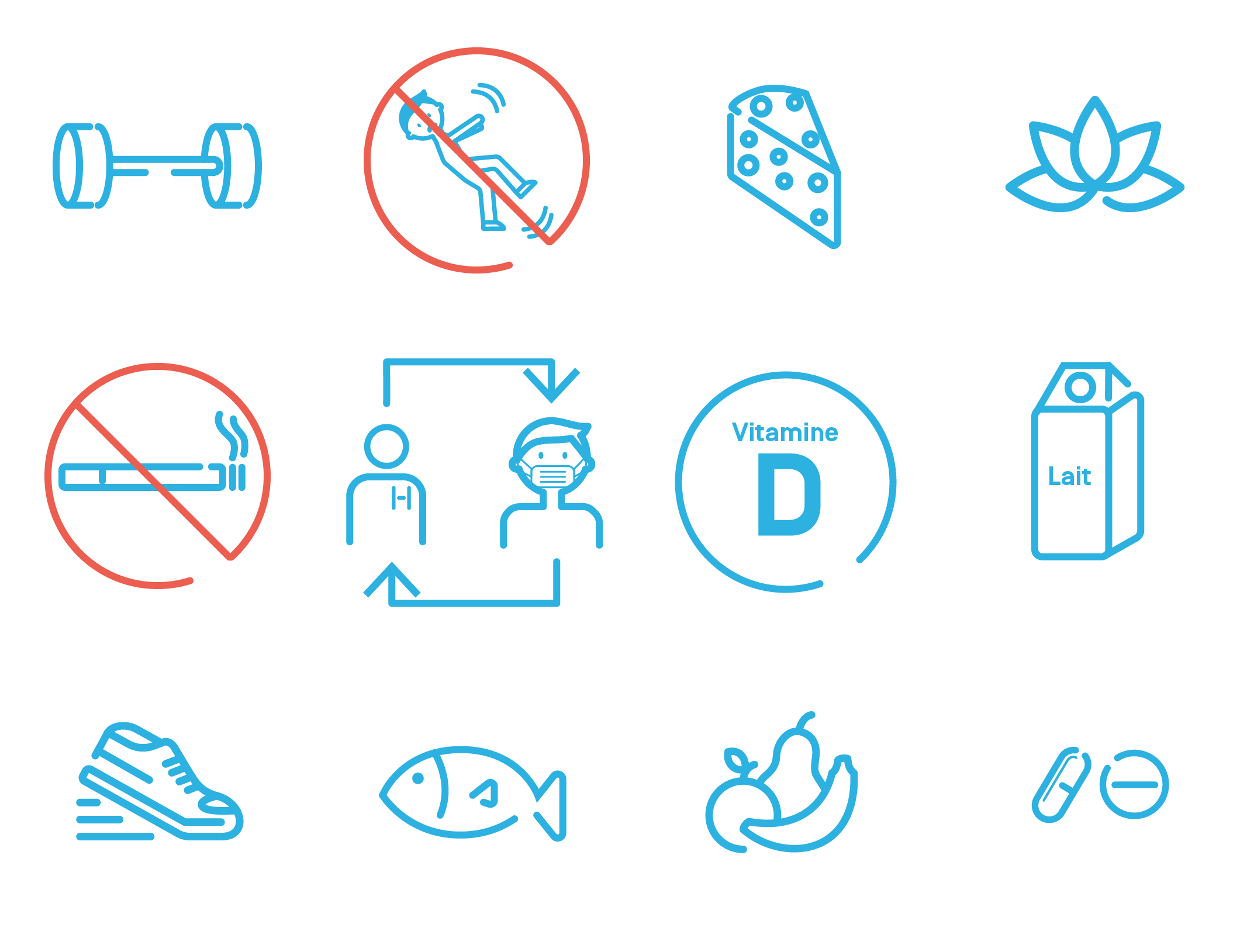 In addition to the preventative measures above, there are several medications that can effectively reduce the risk of fractures.

The referring physician will assess whether they are suitable for you depending on your individual fracture risk.

They will explain the most appropriate treatment for you and any potential side effects.

There are two different types of medication: medication to reduce bone loss, and medication that promotes bone building.

These medications are administered in tablet form, as an intravenous drip, or as an injection underneath the skin.

If you have osteoporosis risk factors (listed above).
If you have already suffered from a fracture.
If you have lost more than 3 cm in height or if you notice that your back is hunched, as this can be a sign of a vertebral fracture. 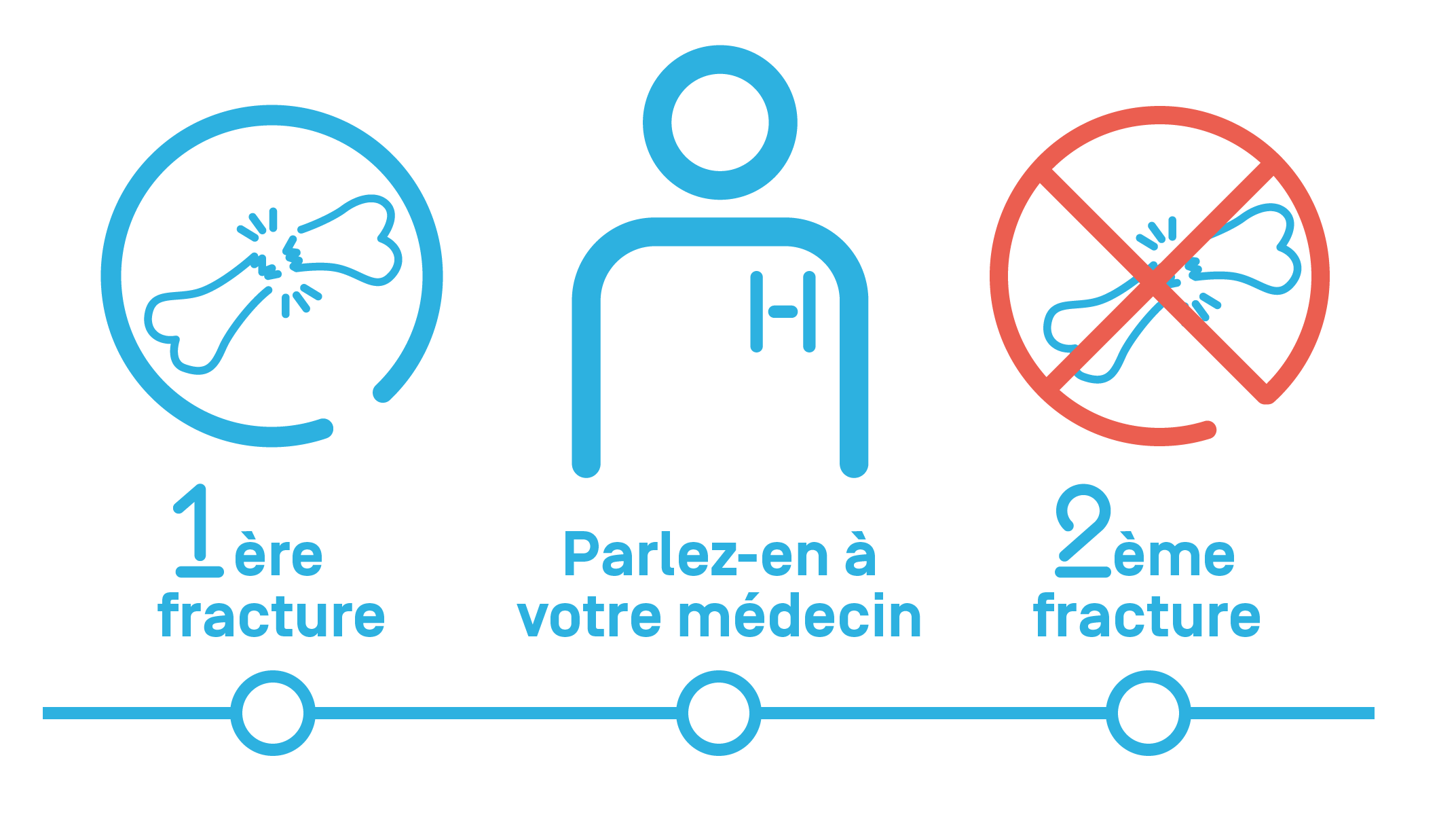 Hôpital de La Tour offers comprehensive multidisciplinary care for osteoporosis. Several medical specialties are involved in treating this disease, all of which are available on site.
In addition, Hôpital de La Tour is the only private clinic in Geneva that can offer a dedicated consultation for this condition.

Our state-of-the-art technology means we can perform the necessary imaging to diagnose the disease (DeXA) and fracture-related complications (X-rays, CT scans, MRI, bone scintigraphy, and SPECT-CT).

Treatment that require an injection or a drip can be administered on site.

The referring physicians for this condition are:

Osteoporosis is still underdiagnosed and insufficiently treated.
In Europe, 60 to 85% of women do not receive any treatment in the year following a fracture1.

Who should I see about these symptoms?